CHRISTIAN MARTINEAU HAS WORKED FOR MANY YEARS NOW AS A TRAINER WITH DIFFERENT ENTERPRISES, ASSOCIATIONS AND LEVELS OF GOVERNMENT, SUCH AS THE CANADIAN ARMED FORCES, TO PROVIDE CREDIBLE NON-VERBAL TRAINING. M. MARTINEAU TRAVELS ACROSS QUEBEC AND EVEN CANADA TO PRESENT THIS INDISPENSABLE TOOL THAT IS THE NON-VERBAL COMMUNICATION. HE REGULARLY APPEARS IN THE MEDIA.

Feedback from our customers:

"Never did a conference seem so short!"

Christian Martineau has been interested in human behavior since his youth. After earning an Executive MBA at the University of Sherbrooke, he goes back on what he’s interested in … the non-verbal. He began advanced studies in nonverbal communication; 3 years of his life will be devoted to it.

The seven secrets of non-verbal communication

Christian Martineau has been interested in human behaviors since childhood.
After obtaining an executive MBA at the University of Sherbrooke, he returns to what interests him…the non-verbal. He begins in-depth studies in non-verbal communication ; 3 years of his life will be devoted to it.

As an expert in non-verbal communication, he can decrypt the meaning of thousands of gestures that are so common in interactions. He dedicates more than a year of his life to merely studying the prehension gestures (which include the handling of objects, such as pushing up glasses, holding a pen, lifting a glass, etc.)

For over ten years, he offered hundreds of conferences training. He then comes up with the idea of providing a conference that brings together the seven most important secrets to know during interactions with interlocutors, professionally as well as in everyday life.

Christian Martineau, co-authored the book “To catch a Lie” (best-seller). This 200 pages book (copiously illustrated with more than 180 images and graphs) reveals us the secrets of human behavior with a focus on non-verbal. M. Martineau is in the middle of writing his second book on non-verbal.

Christian Martineau, the public figure, spoke in many media: Radio-Canada with Louis Lemieux, at 98,5 FM with Isabelle Maréchal, (also at FM93 and Musiteck) on television at Extra with Gildor Roy, and in many newspapers and periodicals (magazines), etc.

In 2015, he was invited to present at the prestigious TED show on non-verbal behaviors of liars. In this video, the reactions of 4 people lying are described and explained.

Christian Martineau has trained judges, hundreds of investigators of the Canadian government Services Canada (such as private investigators), hundreds of soldiers in the Canadian Armed Forces, the CNESST, hundreds of employees in correctional facilities, thousands of lawyers and private businesses, and finally people with the desire to obtain a reliable training in the non-verbal universe. Christian Martineau offers training in many professional associations, such as the professional association of human resources, the professional engineer of the province of Quebec, and many others

Before offering conferences, Christian Martineau worked in retail as a broker, a manager, and finally as a director of retail for 24 years. These businesses are references in commerce: Procter & Gamble, Nabisco, and Ferrero (manufacturer of Nutella). It is during hiring interviews and negotiation that he understands the real importance of non-verbal communication. Benefit from his experience!

Be it for a conference, training, a video analysis, contact Christian Martineau; he will make sure your event is personalized and successful!

Here a list of a few of our clients:

We have been providing quality service to all our customers, for over 10 years.

Dear Christian, In the name of the participants of “Réseau Entre Aides 2014”, of the provincial network of special needs education, of the Federation of francophone parents of Alberta, and of the Provincial consortium of francophone we would like to thank you for your contribution to the 14th session of training this past February 6th for the Students-helpers and early childhood workforce in the francophone schools of Alberta. The knowledge and professional skills you shared contributed to the success of this training, and we here forward you the synthesis of the evaluations concerning the session you offered. The “Réseau Entre Aides” is an annual event in the calendar of the students-helpers and the preschool workforce and we hope we can again call upon your expertise in the future to pursue our objective and to continue to offer during this training session pertinent and quality activities and workshops. Don’t hesitate to send us your comments and suggestions in this regard. With all our gratitude for the expertise, devotion and professionalism you have shown during this training session, please receive, Christian, our sincerest salutations.
Jocelyne HamptonCommunication Consortium provincial francophone
« FORMATION »

Dear Eric, (organizer) I take 2 minutes to tell you that our sales team was delighted by the presentation we received this week with M. Martineau. (…) Testimonial. My colleagues Nathalie and André could also attest… many of our representatives told us that it was the best presentation/training they had in the last 5 years and we have 2-3 per year, this is an understatement, to say the least. I recommend M. Martineau to all our clients who are looking for training that is simultaneously refreshing, entertaining, and enlightening! Have a good day and to the pleasure to make business together again!
Martin JacquesBoston Scientific
« CONFERENCE »

We just had Christian Martineau as a guest speaker for our Les Matinées Lanaudoise” meetings. This was a second time for us and we are delighted by the service. Every year, we have 10-12 speakers and the one receiving the best evaluations is invited the next year. In this setting, M. Martineau has already offered an outstanding performance last year and received the best evaluations. Keeping with our practice, we invited him for a new conference which was, as the first one, a true success. We haven’t compiled all the results from this year, but the initial results indicate that this year’s marks will be very similar to last year’s, that is excellent! It is with great pleasure we thank and recommend Christian Martineau for one or many conferences… If some of your clients have questions concerning is first or second conference, please don’t hesitate to communicate with me at 450.916.4467 or via my website http://www.matineeslanaudoises.com/
Marie-Élène CorbeilPrésidente des matinées Lanaudoise
« CONFERENCE »

I wanted to take a moment to come to thank you personally for your presentation to all our members during our annual Familiprix congress, held this weekend in Montreal. The non-verbal is part of the tools of the future and was unknown to most of us, but you were able to demystify it. Your participation to our “Vision of future” was highly appreciated and all our members left the congress with a good number of tools that can only lead them to progress toward the future and in the same vision, that of Familiprix. Please accept, Mister, all my thanks and distinguished salutations.
Albert Faladeau, Président du conseil
Previous
Next

TRAINING ON NON-VERBAL SUPPORTED BY MORE THAN 100 VIDEOS

BENEFITS OF A PROFESSIONAL CONFERENCE OR ACCREDITED TRAINING

Note: Some of the courses are accredited by the «Commission des partenaires du Marché du Travail», and are eligible for the acquisition of “continued training units”. Christian Martineau can travel anywhere in Canada, the United-States, and elsewhere! He made dozens of presentations in English (Panama, Texas, Edmonton, Ontario)

You have questions about our services?

« I will be more than happy to provide you with the names and phone numbers of my clients. In fact, I would love to offer them to you, they are my best allies! » 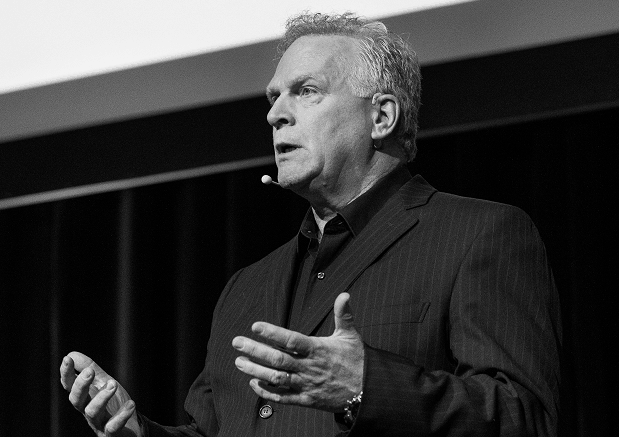 Do you have questions about this video?